Internet is filled with questions queries like what is singing bowl, how to use a singing bowl, is singing bowl Tibetan or Nepali. Many have expressed curiosity on the topic. So we decided to take it to this blog and answer all your queries from an expert opinion.

A bowl-shaped bell held up from beneath with the rim uppermost, Tibetan Singing Bowl is also known as Gong Bowl. Existing in a wide range of sizes, Tibetan Singing bowl diameter varies from few centimetres to a metre.

The singing bowls are believed to have originated in Kham, Tibet. The Tibetan Singing bowl is abundant throughout the areas which saw Tibetan immigration, especially, Nepal, Bhutan, China Mainland, and Northeast India. However, shreds of evidence of Devanagari scripts on some of the oldest singing bowls suggest Nepal as the origin of these bowls. 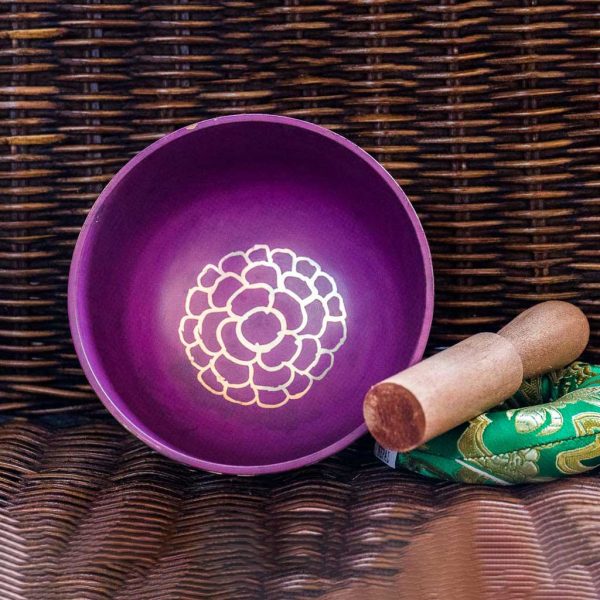 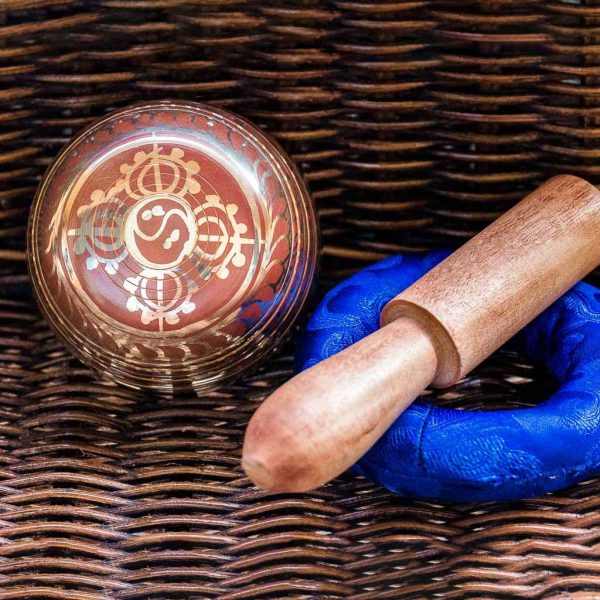 Initially, many believed Tibetan Singing Bowls were used as eating bowls.  Only forty years have passed since the term Singing Bowls was incorporated or else, it was called ‘dabaka’ meaning ‘bowl.’ It was made especially of copper. The ‘dabakas’ were made to keep the good health of people in mind. Because Nepalese strongly theorize that the metal is good for health and they still do believe in that.

From a religious perspective, the singing bowl closely correlates to Buddhist meditation and chanting; that’s why it is also called a Buddhist singing bowl. These Tibetan singing bowls are traditional, made up of seven metals, i.e., copper,  gold, tin, lead, zinc, iron and silver.

The use of the hand-beaten singing bowl is increasing day by day because of the multi-purpose behaviour. These chime bowls are used in a different aspect.

Firstly, it can be used as a musical instrument. It is specially used to make classical music by combining the different pitches, speed, and the sound produced by the singing bowl.

Because of the vibrating and sound producing nature of the singing bowl, it is also used for meditation, relaxation, and healing.

Singing bowls are used as an alternative technique over medicinal tablets or other remedies. Problems like backache or chest pain are healed by placing the bowl on the chest or back of the patient and then stroked so that vibrations do their job. The healing bowl is used to treat both the physical and mental problem. It helps in concentration and meditation and hence also called a meditation bowl.

The research said that the alpha waves produced by the brain are identical to the wave patterns of the different singing bowl. Information in mind is transmitted through ‘neurons,’ which are connected to send nerve impulses. This transmission uses the electrochemical properties of the cells to transmit rapid communication waves. It could be that the freely moving vibration produced by the singing bowls stimulates the neurons to make more connections, in which case one’s consciousness is being increased.

Because of their vibrating nature, the use of singing bowls is rapidly growing in the field of different type of therapy. The human body has a specific vibrating frequency. The frequency of the healthy human body and an unhealthy body is different; the frequency rate of a sick human body is disturbed. Singing bowls are used to recreate those fundamental sympathetic frequencies and energize the body to rediscover its harmonic frequency by making it vibrate independently. Thus, this sound bowl therapy is beneficial for relaxing the human body physically and psychologically.

The Tibetan singing bowl, also called reiki bowl, is also used to cleanse Chakras of the human body. Chakra is the energy centre of the human body. Congestedenergy in our seven chakras can often lead to illness, so it’s essential to keep this energy flowing freely. The chakra singing bowl is used to cleanse the chakra to keep human beings healthy physically and mentally.

The Tibetan Singing Bowl is of high importance and value, but it’s still useless if you don’t know the techniques to use it properly.

Nevertheless, you don’t have to be sad as it’s simple and easy to use it. You can place your singing bowl on a pillow to allow the rim to vibrate freely. Though mini singing bowls may be held gently in own hands and can be played by striking. You can use the wooden mallet rotating around the outside brim to excite continuous vibrations in the bowl. The authentic singing bowl can also be played by filling partially with water and allowing them to tune freely and continuously.

Lastly, check out this video of Tibetan Singing Bowl in use. Go ahead and see for yourself.

When and Where to hang Prayer Flag?

It is believed that by hanging the prayer flag, the prayers and mantras will be spread by the wind... read more

Wrist Mala and Its Significance

Mala is a Sanskrit word meaning “garland”; in Tibetan, a mala is called threngwa. Malas are used for keeping track while... read more

One of the most important deities in Hindu culture, Ganesh is the god of prosperity, good luck and success.... read more

What is Hemp and How is Hemp Fabric Made?

What is Hemp? Well, I would simply like to mention Hemp as the sober cousin of Marijuana, the spoilt brat... read more

Bags are a must-have utility for everyone. Whether you are visiting the market, casually strolling down with your friends,... read more

Chakra and Its Meaning

Chakra is the concentrated energy centres within the human body that help to regulate all its processes, from organ... read more

BE THE FIRST TO KNOW

Get all the latest information on Events, Sales and Offers.
Sign up for newsletter today.

BE THE FIRST TO KNOW

Get all the latest information on Events, Sales and Offers.
Sign up for newsletter today.